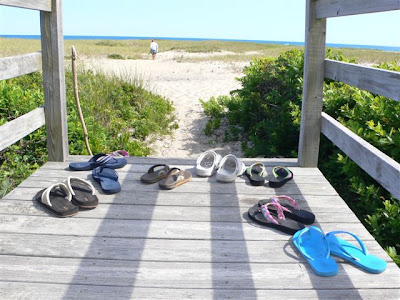 The sun has finally come out in after 3 days of overcast skies. I am sunning myself in the garden of a beautiful wooden, , ‘roses round the door’ cottage complete with porch, swing hammock and rocking chair.

The back garden extends without boundaries into the woods where the lawn ends, and a large red deer has just leapt out of the thicket – seen me (topless and one boobless) and done a sharp U-turn and leapt back in, flashing a white furry tail at me.

There are some very beautiful little birds with colours I haven’t seen anywhere before so don’t know what any of them are. is shaped like a horseshoe - 14 miles long by 4 wide, and is surrounded by a clean white beach which you can see threading like a golden ribbon around the island when you come in to land. The tiny airport is in exact proportion to the 12 seater propeller plane from La Guardia. Several of these aeroplanes fly silently above me appearing about every 10 minutes or so. 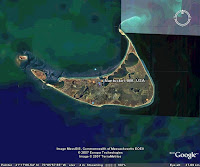 This part of the world is right next door to Martha's Vinyard (thanks Marco!) where the young John Kennedy was heading when he went down in his small craft in one of the sudden misty dense fogs that sweep in from nowhere.

There are seals on the beach and the island is famous for Whaling. According to the dictionary, the "'Nantucket Sleigh Ride' was originally the result of harpooning a whale in a rickety boat usually meant to hold no more than 16 people. The boat subsequently was dragged behind the whale by a line running from the harpoon to the ship. The Nantucket Sleighride would continue until the whale died, the line broke, or the ship sank" but I understand there are a couple of very rude meanings too which I would be much too embarassed to print! 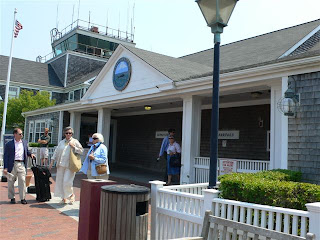 This is where summer homes abound for the rich and famous. I haven’t seen any ‘famous’ yet but everyone is rich here – except perhaps for the young people behind shop counters who serve you in an arrogant and quite bad tempered way. Its certainly not a case of “have a nice day” here. More like – “Why are you bothering me, I have no interest whatsoever in helping you, why don’t you go away”. If you ask for the whereabouts of an item more than once, you are likely to get a 'sigh'.

I have been invited here to celebrate the 40th

birthday of Steven Palm, whose 'Underhills Crossing' restaurant (affectionately know as 'Underpants') is a thriving and successful business in , .

He has rented a compound of houses on the cliff above a private beach for about 30 – 40 of his family, friends and best customers, and seems to be one of the mot generous people you could ever wish to meet as well as being an extremely attractive and personable young man. 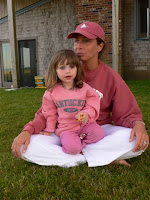 Today we are all preparing for Steve's party which takes place at the main house where he is staying with his beautiful fiancée Kerry, her parents and their little Yorkie dog “Tucker”.

We are to gather at 3.30 all dressed in white for a party which sounds most exciting. A dance floor 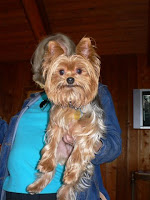 has been laid on the lawn and 85 3lb lobsters are now being prepared for cooking in a huge metal vat. Steve and his main honcho, Felix have driven here in a huge truck filled to the gills with food and beverages. Hunks of spare ribs, Angus steaks, chickens; cases of every spirit and wine and beer – you name it food and drink wise, which has been prepared for us daily at the main house where we are welcome to gather day and night if we wish. As well as a constant supply of food, drinks and nibbles, there are two 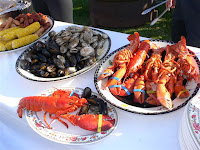 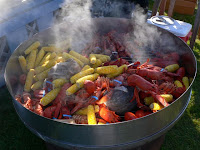 or three living rooms, each with huge plasma screens, and, while the weather has been bad, I have been resting and watching on one of them from a sofa that is so big and comfortable I disappear into it.

There are baskets of nibbles – crisps, munchy bars, cookies, sweets etc everywhere which I am trying to avoid. A couple of wireless enabled laptops lie around for guests to pick up their emails on.

Music plays from an ipod with speakers on the lawn, overlooking the beach, where there are padded sun loungers in a semi circle for the guests, and recliners and um 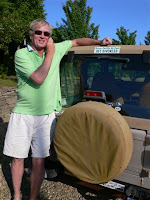 brellas waiting for us on the private beach below. There is a poker game on the balcony and a volleyball game alongside the lawn. 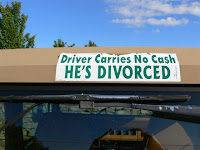 I had forgotten how hospitable the American people can be. The spending money that I brought with me is still in £’s in my purse and every time I try to change it I have been stopped and firmly told to put it away.

Now this is the way to recuperate, and I am almost in bliss but, from my own experience, I know that, for me, too much of a good thing for too long eventually leads me to introspection and feelings of lack of purpose plus the lack of the satisfaction that comes from struggle and pitching oneself against the odds. I 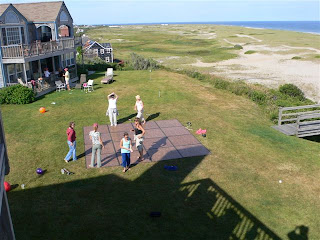 know I would soon become bored with it all. I don’t know where it come 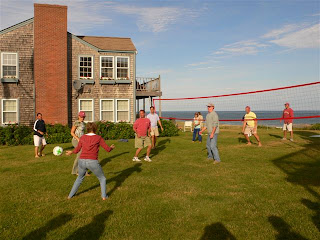 s from but I am most comfortable with struggle and achievement on a daily basis.

I was once given a visualisation excercise in a therapeutic class where I had to imagine myself cutting and clawing my way through a dense thicket to finally reach a beautiful peaceful scented field where I could lie for a while. It was odd to discover that I felt much more comfortable in the thicket than lying in the field. Strange but there you are. Now’t so queer as folk! In the meantime - bring it on!!!

The party was splendid. The white food was delicious (clams on the shell; clam chowder; lobster; coconut ice cream and white chocolate liqueurs) and the sun set on us, and the moon rose above the sea as we partied under the stars in 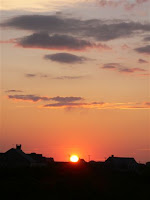 our white clothes with an 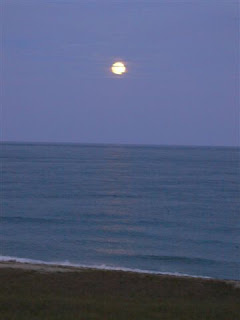 We could have passed as inmates of an asylum or
a convention of doctors easily!

Two days later brought me back to New York for a quick visit and catch up with dear friends Sherry & Peter Doyle; Cam and the doggies and an evening with Michael's family. 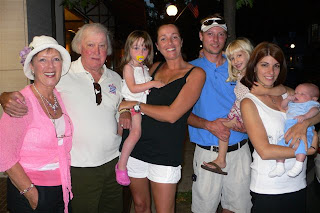 His son and daughter Lainie brought their sweet families to share a meal at ‘Underpants’ and say an affectionate goodbye. It was a real joy to be with them all again. 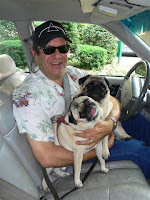 Off to at for the journey back to a cloudy and cold feeling relaxed and refreshed.

No prizes for spotting the difference
between Nantucket and London views from air!!!!