A gift, a lesson or a test? 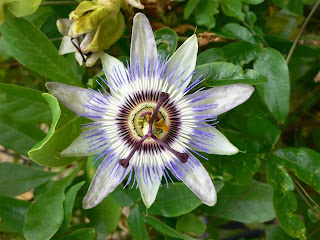 In the firm belief that EVERYTHING in life is either, a Gift, a Lesson or a Test - which makes EVERYTHING positive, I would now like to write about my current "TEST".. Although this is mean't to be an upbeat blog, I'm going to have a little moan first and then focus on the good. I think it's relevant, as my experience is what this blog is about.

I DON"T LIKE ARIMIDEX! Arimidex is the small white pill I am mean't to take for the next five years (4 and a half now) to eliminate the possibility of a return of the cancer in my other boob or elsewhere. I take it along with the Herceptin drip I am given at 3 weekly intervals at the Marsden, which causes fatigue but is only for a tolerable year (now 6 months more) and which I am so grateful to be able to have, at a cost to the National Health of over £100,000 for the Herceptin plus £25,000 for the Arimidex.

There was a one month gap following the chemotherapy when I felt tired but elated that it was over, and was beginning to pick up my energy. Then the Royal Marsden, in it's wisdom and being a 'belt and braces' hospital which, again, I am most grateful for, decided to give me this 5 year sentence.

At first nothing much happened, but, after about a month, during which I had several hot flushes a day and had to keep taking my outer clothes on and off to counter-balance it, (no, not all of them Russell - down boy!) and fanning myself a lot, it started. At first I put the ache in my muscles down to the long red eye flight to Mallorca in May carrying heavy hand luggage but after a few days rest it had not gone and had settled in my knees, shoulders, elbows and fingers, As far as I can gather, and they don't warn you about it, these side effects are caused by the withdrawal of oestrogen from the tendons which hold the joints together. It is designed to rob the body of any oestrogen it might be trying to manufacture, as this hormone is what my particular cancer, and, in fact, 80% of all breast cancers, feed on, and is a growth factor in the body. The pain is not constant but occurs each time I move a joint. As a person who likes to be on the move pretty much all the time this is most inconvenient. It begins as I open my eyes in the morning and reach the usual arm out to switch off the alarm, normally an automatic uneventful event. Now the arm is acompagnied by a tweaking pain. Getting out of bed and standing up now hurts my knees and my fingers feel stiff and achy. Once I am up and moving about, it's not too bad, and certainly, concentrating off it and putting my focus on the day helps. I have managed to creak my way through a couple of weddings this month but what really bothers me is that when I photograph small guests in the shape of children or animals I automatically like to get down to their level as far a possible, which used to be a breeze as I pride myself on being very supple and pretty fit for my age. Now there is doubt about whether I am going to be able to get up again in a dignified way without hanging on to a table, someone's trousers, or needing a friendly hand. The other annoying aspect of the side effects of this drug (which incidentally doesn't affect everyone this way) is the inability to feel really comfortable in bed which has always been such a haven and where I really relax (or on the sofa) as every time I turn over, the joints tweak and it wakes me up to start my pondering on the next 4.5 years of this! Even lying still hurts a bit.

I got really down about it for a while.

I also think it is affecting my head and I feel less sharp than I usually am and more forgetful. However, there are plusses - and on to the plusses - which are 1. It has slowed me down. I no longer earn the "Duracell bunny" nickname by the family for my constant activity and getting up and down at meal times to do things I'd forgotten, as I now have to take things at a much more leisurely pace which has resulted in more time to think and plan things economically. I don't have to rush off the lab every day to collect prints - I can let the work build up and go once or twice a week. 2, There is a greater feeling of calm and I seem to have no fear. Especially to be myself and to be more pro-active in my life.

I don't know if I am going to continue with Arimidex. I think I will give it till Christmas and then ask the Doctor what the statistics would fall to if I did not continue. If it was only a 3 or 4% drop (from 94% I'll be here in ten years that is already predicted) I'm not sure if it is worth all this discomfort. I'm also nervous of the long term effects, the potential bone thinning, and whether these pains will ease off once I discontinue it, or whether the tendons will be permanently damaged. The doctors say not, but it is a relatively new drug and I'm not sure there know a lot about the long term prognosis.

Good news events this month have been:

• Mia's absolutely brilliant school report which has put all mine and her mother's in the shade. 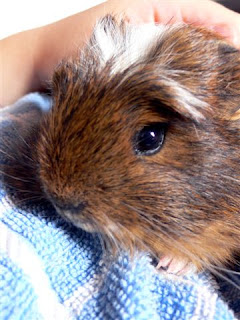 She is, we are told, a joy to teach, a good all rounder, and a helpful and popular member of the class. Following this happy news I decided to buy her the guinea pig I had been promising and which had to go on hold last year when I became ill. We set off after school to "explore the possibility' and of course returned with two guinea pigs as the pet shop keeper said that they are very social animals and need company to keep them happy. Mia is of course over the moon and full of promises to feed them every day and muck out the cage twice a week. Hmmm we'll see how long that lasts. She has named them Ossie and Harry and they are very sweet if you are into guinea pigs which I happen to be as `I had three when I was eleven.

Tony is an amazing and wonderfully enthusiastic octogenarian who emerged from the alongside great friend Vidal Sasson, to lead a fabulous and interesting life of achievement and great success. Along the way he has been a boxer, a street photographer, a music publisher, a songwriter, a pop song producer and manager of Eurovision winners Brotherhood of Man having written the winning song “Save All Your Kisses for Me” and penned “United We Stand” for the Brotherhood of Man, amongst other things. He also has had his own ‘Hiller Brothers’ cabaret act with brother Irving and together they still do gigs in the clubs to this day belting out songs with energy and joy (see picture above right).

The party consisted of many old friends from various genres and a huge warm Hiller family contingent and the feeling in the room was electric with good will and camaraderie. One by one fellow songwriters paid tribute to Tony for his help and encouragement

as a music publisher when they were starting out, and then performed the hits he had helped them with. Roger Greenaway recounted an hilarious tale of a night spent in a hotel with Tony after a bad curry, and toasted his charming and devoted wife, Leigh. Songs such as “You’ve Got Your Troubles, I’ve Got Mine” were performed by Messrs Roger Greenaway and the rarely seen but much loved, Roger Cook; Don Black sang Born Free; Tony Hatch sang Downtown and an hilarious new composition written especially for the occasion called “Senior

Moments” which had us in stiches and Bruce Welch took us on a “Summer Holiday” and did the Shadows four step movement with a cheeky grin which made everyone laugh. The truly great Les Reed accompanied everybody on the piano,

as usual, and then performed two of his greatest hits, "The Last Waltz" and, of course, "Delilah"!!!

Posted by Sylvan at 3:57 PM No comments: